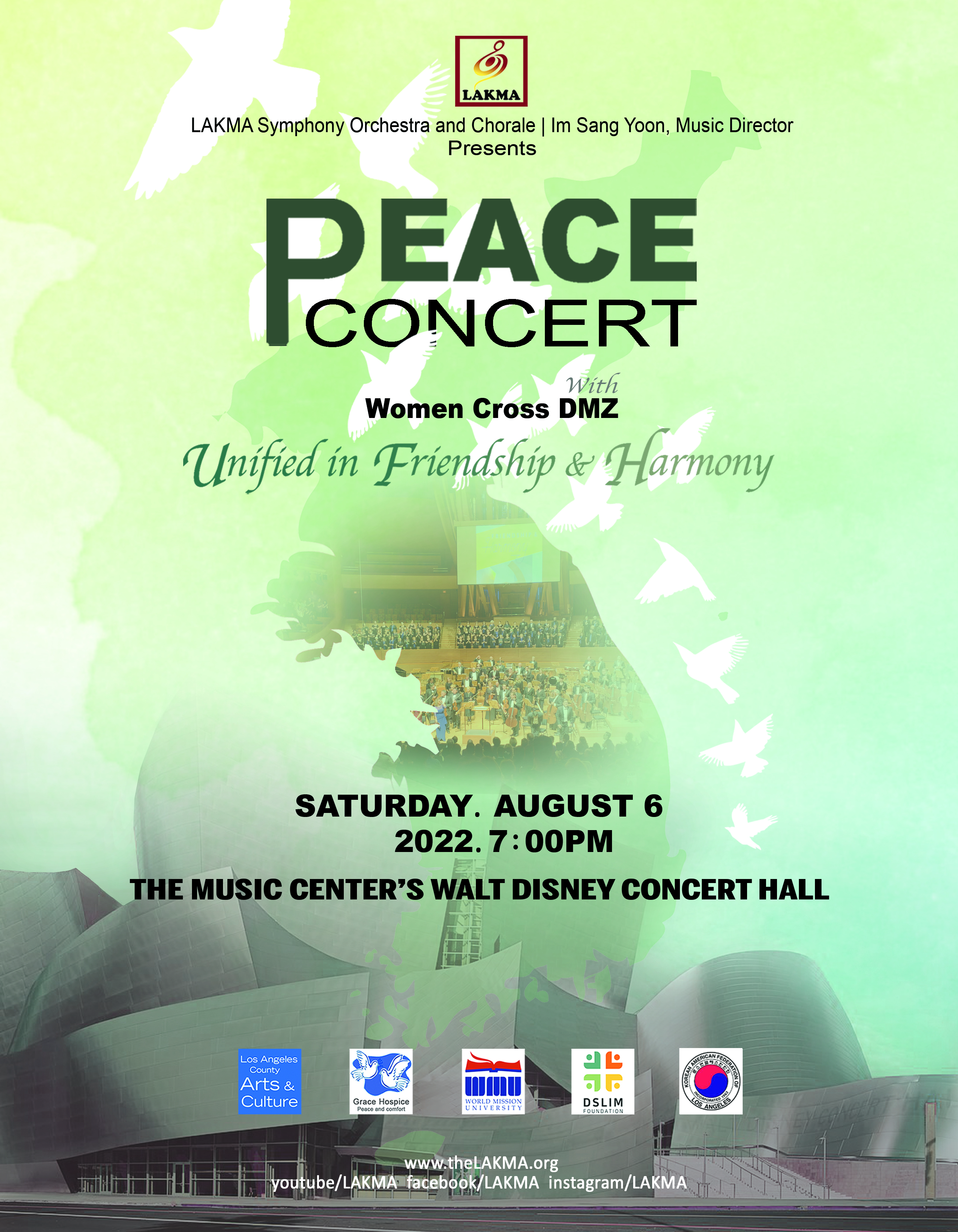 LAKMA extends a warm invitation to join us for our upcoming concert “Peace Concert: Unified in Friendship and Harmony” at the Walt Disney Concert Hall on August 6.